The ruling practice is one of the cornerstones of the Dutch investment climate. Since 1 July 2019, a revised Decree on international tax rulings entered into force in the Netherlands. This policy statement also contains regulations for Advance Pricing Agreements (APAs) and Advance Tax Rulings (ATRs). We herewith would like to briefly inform you about some of the key changes and features addressed by this Decree relating to APAs.

Transfer pricing is increasingly dominating the international tax agenda of multinational companies. An APA allows a company to avoid future transfer pricing disputes with the (Dutch) Tax Authorities. Such a ruling will be formalized by a settlement agreement (“vaststellingsovereenkomst”) and generally covers five fiscal years. An APA can be unilateral, bilateral, or multilateral.

A feature of the Dutch procedure for the obtaining of a unilateral APA in the Netherlands is the ability to have a preliminary meeting (or meetings) before the formal APA request is made. Such a meeting provides the requesting company with an opportunity to discuss with the Dutch Tax Authorities the suitability of an APA, the type and extent of information which may be required as well as the scope of the analysis required for the completion of a successful APA.

Due to the new Decree a ruling will no longer be granted if:

The Decree does not provide any guidance on whether or not an anonymised summary will be published in case a company decide not to make a formal APA request after a preliminary meeting.

Should you require any additional information regarding the Dutch international tax ruling practice, please do not hesitate to get in touch with us. We are also happy to assist you with any queries you may have in the area of transfer pricing and international taxation.

Would you like more information? Our specialist will gladly assist you. You can contact Vincent Wanningen, senior taxspecialist at ABAB International, on 013-4647209 or e-mail Vincent.

Would you like more information about the tax ruling practice? Our specialist will gladly assist you! 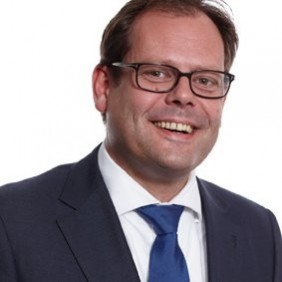