In a couple of years, new VAT rules and regulations will entry into force. Recently, the European ministers of finance agreed upon a new package of VAT rules for so called SME’s: Small Businesses. The new rules are being introduced to tackle VAT fraud and to decrease the overall complexity of the European VAT system, especially when it comes to cross-border situations. The new rules are very welcome for SME’s across Europe. In this article you will read how these new rules will affect your daily business in practice.

Currently each member state has its own rules where it comes to a VAT-exemption for SME’s. As of the first of January 2020 the Netherlands implemented a new scheme for SME’s with an annual turnover up to € 20.000.

At this moment every European member state is allowed to exempt supplies by SME’s with an annual turnover not exceeding a certain threshold. The threshold differs in each Member State. For example: the annual threshold in Belgium is € 25.000, in Germany the threshold amounts up to € 17.500, whilst Luxembourg implemented an annual threshold of € 30.000. Meanwhile, the European VAT-directive only provides for an optional threshold for SME’s with a maximum of € 5.000 annual national turnover. Several European member states derogated from this rule by means of a specific request at the European Commission.

This resulted in different thresholds and different methods of calculation across Europe. These differences could cause problems with regards to the European level playing field.  Therefore, European finance ministers agreed upon a new harmonized scheme for SME’s. This new scheme should also reduce the administrative burden for SMEs.

As of the first of January 2025 European member states are allowed to implement a new VAT-exemption scheme for SME’s into their domestic VAT-laws. The new rules create a European general threshold of a maximum annual turnover of € 85.000. This means that member states who wants to implement a VAT exemption scheme for SME’s are not allowed to implement a threshold which exceeds the annual turnover threshold of € 85.000. SME’s who wants to make use of this new scheme are not allowed to issue invoices stating VAT. On the other hand, SME’s who fall under the new VAT scheme are not entitled to a right to deduct input VAT. This could be a major disadvantage for some SME’s.

The European member states are allowed to make use of this option. However, they are not obliged to implement this scheme. The rules in the Netherlands were amended as of the first of January 2020. In the Netherlands the threshold currently amounts up to € 20.000 annual turnover. For SME’s also conducting business in other EU member states a threshold of € 100.000 will be introduced.

Member States will be allowed to continue exempting small businesses with an annual turnover not exceeding a given threshold, which cannot be higher than € 85.000 (maximum exemption threshold). The new rules will open the exemption to small enterprises established in other Member States than the one in which the VAT is due.

The exemption will apply if the turnover in Member State where the SME is not established is below the national threshold and if the annual turnover in the EU is below € 100.000: a safeguard threshold preventing companies with large turnover to benefit from the SME exemption in other Member States. For this purpose, SMEs will be able to use the single registration window in their own Member State.

The new rules will provide exempt SMEs with simplifications in terms of registration and reporting. The new VAT rules will reduce the overall VAT compliance costs that SMEs face by up to 18% per year.

The new VAT scheme for Small Businesses will have a significant impact for the majority of SME’s.  We strongly advise you to carefully examine all the consequences in order to be prepared for the upcoming changes. Not only to eliminate any potential risks of the new rules, but rather to be sure not missing out any opportunities that lies ahead.

If you would like to know more about the new VAT scheme, please keep an eye on our website or contact Anne Kin, tax advisor, at telephone number +31135915125 or send Anne an e-mail.

Would you like more information? Our specialist will gladly assist you. 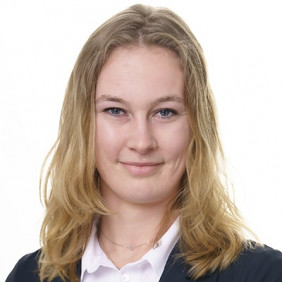