As from 2020 there will be several tax changes for private individuals. Below you will find an overview of the key changes.

The gradual changes for tax subjects younger than the state pension age:

The rates for persons entitled to an old-age pension deviate slightly from the above table because they pay no old-age pension contribution. Even after 2021, they will maintain three brackets.

Box 2
Income from a "substantial interest" (mostly an equity interest of 5% or higher) falls in Box 2. Examples are dividend payments and profits achieved by the sale of substantial interest shares. The Box 2 rate will be raised to 26.25% in 2020 (and to 26.9% in 2021).

The maximum of the income-related combination tax credit will rise to € 2,881 as from 2020.

Lowered tax allowances
In recent years, the rate at which costs for an owner-occupied property may be deducted has been gradually reduced. At least, insofar as these costs are deducted at the highest income tax rate. The consequence of this is that the mortgage interest is no longer deductible at the table rate but at a lower rate.

Effective since 1 January 2020, a similar restriction on deductibility also applies to other tax allowances. These allowances are only deductible in 2020 for a maximum of 46%. This concerns the following tax allowances, among others:

For substantial interest holders, the restricted deductibility applies to the business use exemption.

Owner-occupied property
The notional rental value – the amount which you must add to your income for your (owner-) occupied residence – will not change.

As from 2022, the Box 3 tax will be based on returns which better coordinate with the actual relationships. Savers with relatively little return will pay significantly less tax in Box 3 as a result and will therefore in many cases fall entirely outside taxation. There will be three categories in Box 3:

A suitable fictitious yield percentage will be assigned to each asset category. The (fixed) return is then taxed at a rate of 33%. An exemption of €400 per person will apply to the calculated income (tax-free income). Contrary to the current system, there will no longer be a general exemption of €30,000. The following table illustrates the Box 3 methodology as from 2022:

Consequences for savers
Because more coordination with the actual relationships is sought, this change will turn out favourably for savers. Specifically, if you have €440,000 in your bank account(s), you will pay no more Box 3 tax on this. The taxable Box 3 income over €440,000 is namely €396 (0.09% of €440,000 as from 2022. This falls within the tax-free income of €400. As indicated above, this tax-free income applies per fiscal partner; together, fiscal partners can thus maintain assets of €880,000 in their bank accounts without having to pay income tax on this in Box 3.

The rate of 0.09% applies only to amounts held in payment and savings accounts. The higher rate of 5.33% applies to other assets, such as securities, properties and outstanding loans (whether or not loaned to family members). "Gifts on paper" also fall under this category.

For poorly performing investments, such as leased agricultural lands, the new rules can result in a (still) heavier tax burden than is now the case.

Investors with borrowed money will fare more poorly, fiscally speaking. In the current Box 3 system, they may settle the value of their investments with the value of their debts. The taxation on this fixed income and the deduction of interest on debts occurs then at essentially the same rate. In the proposed new scheme, the assets will not be reduced by the debts. From now on, a fixed interest of 3.03% will be calculated on the debts. This (fictitious) income on the debts is then deducted from the fixed incomes in Box 3 (0.009% or 5.33%).

Because this is also applicable to family loans, this can result in the debtor having a higher effective tax burden in Box 3 than is now the case.

The tax allowance for educational expenses will lapse and will be replaced by the so-called STAP budget – a learning and development budget financed by the government. STAP is a Dutch acronym meaning Stimulus of the Labour Market Position. The STAP budget makes financing for educational activities available to adults who have a connection with the Dutch labour market.

The repeal of the educational allowance is included in a separate legislative proposal. In any case, the fiscal deduction for educational expenses can be used in 2020. The goal of the STAP budget coming into effect as from 1 January 2020 was apparently not achievable. Because of the connection between the repeal of the educational allowance and the introduction of the STAP budget, the legislative proposal under consideration will only take effect when the subsidy scheme becomes effective.

Change of transitional law for hybrid annuities from before 2001

This transitional law terminates on 31 December 2020. At that time, Box 1 tax must be paid over the value of the annuity, less the non-deducted premiums. This applies to the pure balance annuity but for the hybrid annuity, the Dutch government wants to continue the transitional law even after 2020, for practical reasons. Moreover, there will no longer be a settlement obligation for this on 31 December 2020. In this way, the termination of the transitional law and the settlement obligation are limited to those old balance annuities by which taxation can be deferred for a lengthy period of time.

Exclusion of voluntary disclosure scheme for income from substantial interest

The voluntary disclosure scheme means that no negligence penalty is imposed on a tax subject if he or she submits a correct return no later than two years after an incorrect return was made or should have been made. This only applies before this tax subject knows or suspects that the Tax Inspector has or will have knowledge of the inaccuracy. After the period of two years, a reduced negligence penalty is imposed when voluntary disclosure is made.

Starting from 2020, the Dutch government will structurally set aside an extra €100 million to stimulate the housing market. As an additional measure, landlords who build new social rental properties will structurally pay less tax. This is because the tax on social housing, the landlord levy, will be reduced in the coming year.

With these measures, the Dutch government wants to combat the crisis in the housing market so that starters and the 'average' earner experience less difficulty in being able to purchase or rent an accommodation.

Would you like to have more information? Our specialist will gladly assist you. You can contact Daniël van Meijgaarden, senior tax advisor at ABAB International, on 0165-531348 or e-mail.

Would you like to know more? Our experts are happy to help. 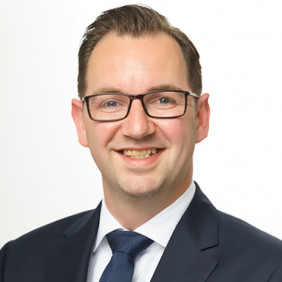